All you need to know about equine hormonal disorders? 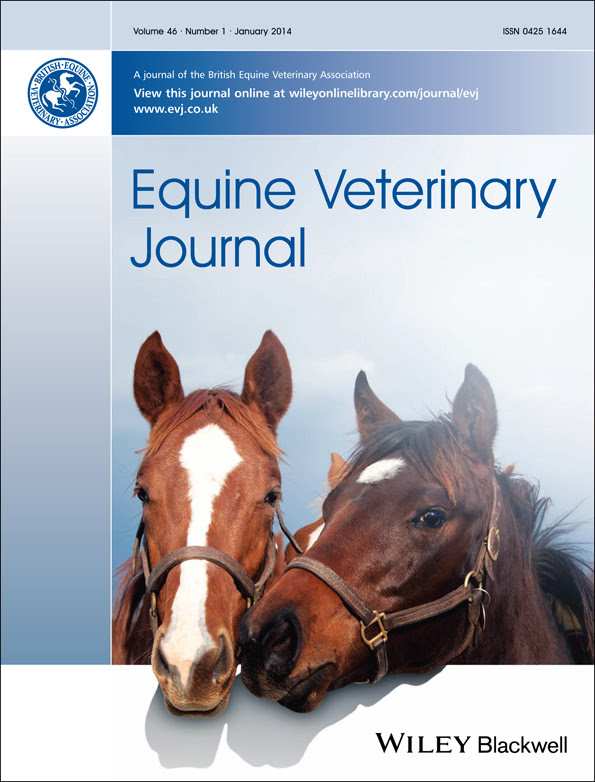 Journal and Equine Veterinary Education. They have compiled a free online collection of their recent articles on Equine Endocrinology to raise awareness of these common disorders and to provide a source of references all in one place.


“Raising awareness of the benefits of early diagnosis [of these conditions] and sharing the latest research on these and other associated conditions are imperative to provide horse owners with the best diagnostic and treatment programmes for their horses” said Professor Celia Marr, Editor of Equine Veterinary Journal.However. “It is easy to under-estimate obesity: horse owners need to think about improving management of their horses’ feeding and exercise in order to avert problems before they become a veterinary issue.”

The virtual supplement is available (free) at:

Filling a gap in equine history

Scientists have announced the discovery of a new species of fossil horse from 4.4 million-year-old fossil-rich deposits in Aramis, Ethiopia.The findings have been reported in the Journal of Vertebrate Paleontology.

The animal had limbs with three toes and was about the size of a small zebra. It has been named  Eurygnathohippus woldegabrieli after Giday WoldeGabriel, a geologist at Los Alamos National Laboratory. The research team wanted to recognize his many contributions in unraveling the geological complexities of the deposits in the Ethiopian Rift system where fossils of some of our oldest human ancestors have been found.

The horse fills a gap in the evolutionary history of horses but is also important for documenting how old a fossil locality is and in reconstructing habitats of human forebears of the time, said Scott Simpson, co-author of the research and professor of anatomy at Case Western Reserve University's School of Medicine, in Cleveland, Ohio. "This horse is one piece of a very complex puzzle that has many, many pieces."

The researchers found the first E. woldegabrieli teeth and bones in 2001, in the Gona area of the Afar Region of Ethiopia. This extinct species of horse was among the diverse array of animals that lived in the same areas as the ancient human ancestor Ardipithecus ramidus, commonly called Ardi.

"The fossil search team spreads out to survey for fossils in the now arid badlands of the Ethiopian desert," Simpson said. "Among the many fossils we found are the two ends of the foreleg bone—the canon—brilliant white and well-preserved in the red-tinted earth."

A year later, they returned and found part of the connecting shaft, which was split lengthwise but provided the crucial full length of the bone. The long slender bone indicates this ancient species was an adept runner, similar to modern zebras, and analyses of their teeth indicated they relied heavily on eating grasses in the grassy woodland environment.

E. woldegabrieli had longer legs than ancestral horses that lived and ate in forests about 6 million to 10 million years ago, Simpson said. The change helped them cover long distances as they grazed and escape lions, sabre-tooth cats and hunting hyenas that would run down their prey.

Other fossils they found included teeth, which are taller than their ancestors' and with crowns worn flatter—more signs the horses had adapted to a grazing life. Analyses of the isotopic composition of the enamel confirmed that E. woldegabrieli was a dedicated grazer with a coarse diet similar to that of modern zebras, wildebeests, and white rhinoceroses.

"Grasses are like sandpaper," Simpson said. "They wear the teeth down and leave a characteristic signature of pits and scratches on the teeth so we can reliably reconstruct their ancient diets."

Raymond L. Bernor, from the Laboratory of Evolutionary Biology at the Howard University College of Medicine in Washington D.C., led the fossil analysis. The bones, which are kept at the National Museum of Ethiopia in Addis Ababa, Ethiopia, showed this animal differed significantly from both horses more than 5 million years old, and those 3.5 million years old and younger. Members of the youngest group are even taller and have longer noses, further adaptations toward living in open grasslands, the researchers say.

Posted by Mark Andrews at 7:58 pm No comments:

Equine influenza: Are we protecting our horses effectively?

Should we be doing more to protect our horses against equine influenza?

Vaccination against equine influenza became mandatory for racing Thoroughbreds in the United Kingdom in 1981. Since then major outbreaks have been few and far between. Vaccination has two aims: to protect the vaccinated individual from becoming ill and to limit the spread of infection by reducing the amount of virus a vaccinated horse will shed if it does become infected.

The flu virus can change the proteins on its surface, a process known as antigenic drift. These surface proteins are the structures that are recognised by the immune-system. If they change, a vaccine that has been produced to recognise proteins on older virus strains will be less effective. The World Organisation for Animal Health (OIE) monitors field surveillance data and recommends suitable vaccine strains to be included in commercial vaccines. None of the vaccines currently on sale in UK have the most recently recommended strains and only one in the US achieves this.