Horses have evolved to run away in the face of danger. While this may keep them safe from predators, it can be dangerous in a domesticated setting.

Magnesium is often included in supplements to calm nervous or excitable horses. However, recent research raises doubts over whether it is effective.

A 2015 study* in a group of Standardbreds gave backing to the suggestion that magnesium could slow reaction times. The study used magnesium aspartate, a readily available source of magnesium. Aspartate itself acts as a neurotransmitter and questions have been asked about whether it was the magnesium or the aspartate that was responsible.

To investigate further, and to see whether the original findings could be repeated in other breeds, Dr Glenys Noble and colleagues at Charles Sturt University in New South Wales, Australia conducted another study in collaboration with WALTHAM® Equine Studies Group.

Some animals decreased their reaction speed and others increased it when fed the magnesium aspartate or the sodium aspartate, compared to showing no significant effects when fed the control diet.  At no time did the horses demonstrate any characteristics of being either sedated or more excited when being fed the diets. The research team concluded that neither the magnesium nor the aspartate had a consistent effect.

Clare Barfoot RNutr, the research and development manager at SPILLERS® commented: “As it stands these results suggest that magnesium supplementation cannot be relied on to modify horses’ reaction speeds. It may be wiser to focus on training and habituation to stressful situations to help manage reactive behaviour, rather than to rely solely on magnesium-based products.”

Equine welfare and the global monitoring of horse diseases are critical areas of concern in the horse
world.

But 35 years ago, when Irish veterinarian Alex Atock began his first job in regulatory veterinary medicine as a racing official, he would not have guessed that one day his lifelong affection for horses would impact how horse sports are conducted worldwide, and that his stalwart advocacy for their welfare would improve their treatment near and far. 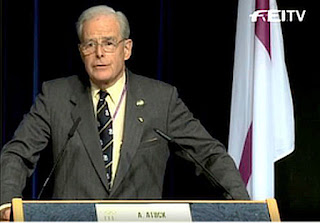 In a career that encompassed organizations such as the FEI, World Horse Welfare, the Irish Turf Club and the UAE Equestrian and Racing Federation, Alex Atock initiated programs and wrote policies still endorsed and followed by regulatory veterinarians and stewards around the world.

Now retired, he has published his professional memoir, “My Friend the Horse”, at a time when horse sports and racing are under both public and internal pressure to protect horses, while making sports more accessible or spectator-friendly.

Alex Atock assisted the FEI in facing problems like “rollkur” in dressage, cross-country jumping injury and death in eventing, and over-strenuous travel and competition schedules for showjumpers. His book voices his personal concerns about endurance in the Middle East, and lists some of the paradoxes facing the regulation of that sport.

In a day when so many have strong opinions on what constitutes equine welfare on the track or in sport, Alex Atock’s book pulls back the curtain to reveal how, when, and why decisions were made in the past to ensure that the horse is protected.

You can buy “My Friend the Horse” on Amazon and at other booksellers.

A sample chapter and book front matter are available from the publisher here: https://www.austinmacauley.com/book/my-friend-horse#bootstrap-fieldgroup-nav-item--sample-pdf
Posted by Mark Andrews at 12:28 am No comments:


The 2018 Equine Behaviour Forum Scientific Seminar was held on 29th September at Myerscough College, Bilsborrow, UK. Gillian Cooper was there and gave us this report:

"As co-founder with Dr Moyra Williams of the Equine Behaviour Study Circle, as we then were, 40 years ago, I found myself, when the realisation dawned a few months previously that the EBF was actually 40 years old this year, incredulous that our group was still alive and kicking, but it is so and it was a slightly unreal experience to be there opening the event with our Honorary Chairman, Dr Francis Burton, who has actually been Chairman longer than Moyra.

Despite the importance to horse people of a good understanding of equine behaviour and psychology, and their persisting status as rather minority interests, we have never attracted a large membership. That, though, has never prevented our being able to secure the services of superb speakers at our seminars and this year’s were as impressive, fascinating and entertaining as ever.

DR ANDREW HEMMINGS of the Royal Agricultural University, Cirencester was our first speaker. His presentation was ‘Behaviour and Cognitive Indications of Brain Functions and their Implications for Training and Management Science’. His work involves studying the brain functions that result in stereotypies and studying the histology (the study of microscopic structure of cells) of the cells involved. This work has been made possible due to the fairly recent availability of MRI scanning. His main interest is applying this knowledge to help us understand equine learning and emotions so that we can improve horses’ welfare and performance. On a practical level, most horse people know that these two states are inextricably linked but so far science has largely neglected this connection.

His complex but clear and wide-ranging presentation confirmed that physical changes in certain brain structures are, indeed, found in horses who crib-bite and weave, stereotypies which are known to become habitual as stress-relieving actions in horses managed inappropriately for them as individuals. They are known to be impossible to delete completely. Trying physically to stop these behaviours may, therefore, be detrimental to the horses’ welfare and prevention through appropriate management may be the key.

Our second speaker was RACHEL BEDINGFIELD of Connection Training (www.ConnectionTraining.com) who spoke on ‘The Emotional Horse’. She asked: what are emotions, what is the evidence for them, do horses have emotions and what difference does it make? It is unlikely that anyone who is a member of an organisation like ours would think that horses do not have emotions and that they do not matter in their lives, to them and us. These topics were answered well and fully during Rachel’s presentation.

She dealt with the work of neuroscientist Professor Jaak Panksepp, author of Affective Neuroscience: The Foundation of Human and Animal Emotions and The Archaeology of The Mind. Rachel explained that he discovered seven emotional brain systems – Seeking (exploring the environment), Fear (keeps us safe in potential or actual life-threatening situations), Rage (gaining resources and protection), Panic (separation anxiety, grief), Care (movement, bonding), Lust (sex, courtship) and Play (acting out life skills), and explained succinctly how these function and apply in everyday life.

Having studied the work of Marthe Kiley-Worthington, Lucy Rees, Monty Roberts, Pat Parelli, Alexandra Kurland and others, Rachel’s interest in emotions in horses grew and she started relating emotions to equine ethology, relating them also to Professor Panksepp’s work.

The videos she showed to illustrate various key points and processes of emotional expression in horses were indeed eye-opening when viewed along with her explanation of the seven emotional states or brain systems, all geared ultimately towards survival. It was fascinating to see a horse’s emotions changing within those systems/emotions, for better or worse, both when relating to other horses and when coping (my word) with how humans interfere with what the horses are expressing - or, conversely, acting appropriately: indeed, recognising emotions is very difficult for some.

Rachel’s work at Connection Training is informed by positive reinforcement mainly and following the equine natural lifestyle as far as possible. The problems for domestic horses undoubtedly begin in earnest at (conventional) weaning – separation, loss and fear all leading to learned helplessness when the foal learns that no amount of shouting for his dam will return her to him. Rachel explained, the equine brain is not equipped to deal with this, and described the brain systems which come into effect here, and in the later lives of horses, in which stereotypies and, especially, ulceration are near-ubiquitous.

Our final speaker was JENNI NELLIST, a professional, registered animal behaviourist working with horses and dogs (www.jenninellist.co.uk). Her talk was Horses in The Homocene.  She also used the seven brain systems in studying and helping owners understand their animals. She explained the different types of stress. Stress is displacement from the norm; Eustress (‘good’ stress) is success, resulting in resolving an issue; Distress is ‘horrible’, such as being in a situation which cannot easily be resolved; Chronic stress is continuing stress that leaves a psychological and often physical mark for a long time. Jenni pointed out that being constantly fearful or even alert is chronic stress and that, overall, we should keep horses at as low a level of arousal (alertness, excitement, fear) as possible.

Jenni had much of interest to say on how a horse’s genes direct him to react to a particular situation and on the great value of working on touch acceptance in training a horse to accept handling: this helps to ensure that he should have a less stressful future life.

The Question and Answer session which always follows our lecturers’ presentations was as lively and to the point as ever. This is certainly a time and place to ask awkward questions and get a straight answer – when there is one."

For more on the Equine Behaviour Forum, go to :
http://www.equinebehaviourforum.org/
Posted by Mark Andrews at 7:58 pm No comments: