What does “equitation science” mean to you? 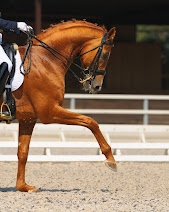 Do you have your own horse, ride regularly or work in the equestrian industry? Dr Jane Williams, Dr Hayley Randle and Kate Fenner would like to hear from you.

They are interested in knowing more about your understanding and perception of equitation science and if/how it influences you.

If you have 5 minutes spare, they would be very grateful if you could complete their survey.

Posted by Mark Andrews at 6:30 pm No comments: 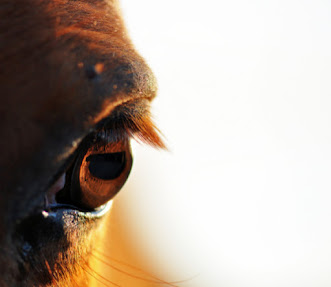 How do you tell if your horse is in pain? You may “know” straight away that something is not right.

But people are not always able to interpret correctly the signs of pain displayed by horses and donkeys. After all, having evolved as prey animals, it is in their interest not to show signs of pain that might bring them to the attention of a predator looking for its next meal.

Dr Thijs van Loon and colleagues at the faculty of veterinary medicine of Utrecht University have been researching pain recognition in horses. Their work resulted in the development of composite pain scales that the researchers showed could be used to accurately measure pain in horses as well as donkeys.

Such scales generally comprise several indicators, including behavoural parameters (such as lying down, rolling and scratching), physiological variables, (heart rate and respiratory rate), and facial expressions, (positioning and movement of the ears, nostrils, eyelids, and mouth).

These signs are particularly useful for detecting pain or discomfort in patients suffering from colic, facial or orthopaedic pain.

Assessment methods developed in the studies have now been distilled into an App, the Equine Pain and Welfare App (EPWA), which provides a reliable way to recognise pain and calculate a pain score.

The App guides the user through a two-minute pain assessment based on facial expressions or a five-minute assessment of body language. Users are advised to contact a veterinarian for horses scoring above five on a scale of 0 to 18.

The scores can be stored on the App, allowing users to monitor changes to a horse's welfare over time.

Other features of the App include a diary where you can keep track of how much your horse eats, the amount of exercise he does and any medication he has.

There is also a handy check of whether your horse is showing signs compatible with PPID (Cushings disease).

The research team say that the current version of EPWA has been downloaded thousands of times already and is helping owners to recognise pain and discomfort in their horses and donkeys, thereby improving their health and welfare.

They are now working to develop a version specifically aimed at working donkeys in rural communities and developing countries. The Working Equine Pain and Welfare App ('W-EPWA') will be provided free of charge in order to encourage its widespread use and improve the health and welfare of horses and donkeys worldwide.

EPWA is a joint initiative of the Faculty of Veterinary Medicine at Utrecht University and Stichting de Paardenkamp. It is available (free) from the usual app stores. 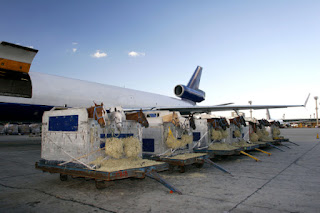 A new study will investigate how to optimise the welfare of horses being transported by air. Horses are among the most travelled domestic species, and although there has been plenty of research into road travel, less is known about how they cope with travelling by air.

Dr Barbara Padalino, associate professor at the University of Bologna in Italy, is leading research into how horses are managed when travelling by plane. The project aims to identify factors that affect the risk of health or behaviour problems, and is funded by the Morris Animal Foundation.

Findings will be used to develop guidelines to optimise the health and welfare for horses traveling by plane, and may result in revised protocols for organisations such as the International Air Transport Association (IATA)

In a statement issued by the Morris Animal Foundation, Dr Padalino said: “Right now, IATA’s guidelines are largely based on the experience of industry professionals with little scientific evidence or validation. They focus on air safety and cargo requirements, with limited provisions for the welfare needs of horses. We need to update flight regulations using evidence collected in a scientific way.”

In this prospective study, researchers will work with horse owners, air cargo operators, flight grooms and veterinarians to determine the incidence of health and behavioural problems observed in overseas air-transported horses. Dr. Padalino’s team will train the stakeholders on how to fill out surveys with questions tailored to their respective roles. For instance, veterinarians will be asked about horses’ body conditions, heart rates and alertness, among other observations, before, during and after a journey.

Data will be collected from departure to five days post-arrival, which is when symptoms usually become apparent.

Dr. Padalino hopes to gather data on about 2,000 horses flying on routes between Europe, the United States, South Africa, Japan, Hong Kong, New Zealand and Australia. She hypothesizes that not only is air transport a mental and physical stressor for horses, but that horses with different temperaments or with less transport experience or training will have a higher incidence of transport-related health problems.

“Researchers and air cargo service providers have rarely had the opportunity to collaborate like this, which has left gaps in our knowledge of the consequences of horses’ movements by air,” said Dr. Padalino. “By working together, I believe we can develop evidence-based guidelines to improve the lives of horses that are flown worldwide.”

Morris Animal Foundation, a leader in advancing animal health, has awarded nearly $1 million in large animal health research grants, supporting 14 projects. Other horse-related research supported this year includes: a study of the variation of the gut microbiome as it relates to the health and wellness in group of feral horses; an investigation into a novel treatment for ocular surface squamous neoplasia; and a study into whether genetic variants can help identify horses at high risk of developing potentially fatal cardiac arrhythmias.

“We were very impressed with the quality of proposals received this year and we believe they have the potential to drive significant improvements in the well-being of our equine companions,” said Dr. Janet Patterson-Kane, Morris Animal Foundation Chief Scientific Officer. “We are very proud to support these enterprising researchers in their endeavours.”

Posted by Mark Andrews at 9:51 pm No comments: 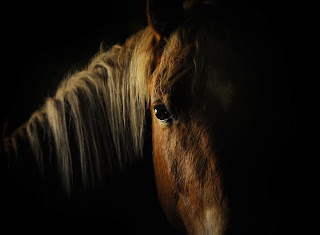 Detomidine has proved to be a useful sedative for horses, facilitating routine tasks like farriery, dentistry and clipping, as well as more involved veterinary procedures. Although it can be administered by injection, the use of a gel formulation applied under the tongue and absorbed through the mucous membranes has become popular.

Some horses may resent application of the product to the mouth. Gel that is swallowed is less effective as it may be broken down by enzymes in the intestinal tract and metabolised in the liver before inducing sedation.

Reza Seddighi and colleagues at the University of Tennessee, have been evaluating the sedative effects of administering the gel onto the mucous membrane of the vagina.

Each mare was studied on two occasions a week apart. On one occasion each mare received detomidine (10µg/kg) by intravenous injection and on the other by applying the gel intra-vaginally (40µg/kg – the manufacturer’s recommended dose for sub-lingual administration).

The research team monitored the effects – including degree of sedation, distance of muzzle from the floor, ataxia and heart rate. They also collected blood samples at regular intervals to assess the concentration of detomidine and its metabolites.

They found that sedation lasted longer and was deeper when the detomidine was administered intra-vaginally compared with intravenously.

They conclude that detomidine gel administered intravaginally is a viable method for detomidine gel delivery in mares. They add that further work needs to be done to determine whether changes related to the mare’s oestrus cycle might influence the absorption.

Evaluation of the sedative effects and pharmacokinetics of detomidine gel administered intravaginally to horses. 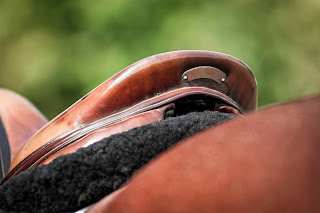 Performance of the Ridden Horse: The Future’, to be held at Nottingham University (De Vere Conference Centre) on Saturday 11th, December 2021.

Speakers include renowned researchers and long-time SRT supporters, Prof. Hilary Clayton and Dr. Sue Dyson. There will also be some exciting new faces including Dr. Felipe Bragança, who is at the forefront of the new generation of quantitative gait analysis researchers and developers.

Delegates can attend in person or via Livestream, with everyone benefiting not only from the latest research updates, but also the interactive Q&As and polls throughout the course of the day.

SRT Director, Dr. Anne Bondi, said: “The SRT is committed to research, education and dissemination of knowledge, and continues to deliver on its aims throughout these challenging times. Whilst we look forward to welcoming everybody to the conference in person, we are delighted to be offering such a comprehensive livestream contingency package to all our delegates worldwide.’’

For more information, and to buy your tickets, see:

Posted by Mark Andrews at 6:24 pm No comments:

The birth has been announced of the first successfully cloned Przewalski’s horse.  Born at Timber Creek Veterinary Hospital, in Texas, the colt was produced using DNA preserved for 40 years in the “Frozen Zoo” at San Diego Zoo. 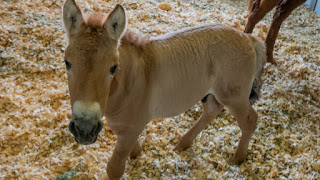 The Frozen Zoo® houses genetic material from thousands of dead animals, safely stored in liquid nitrogen, in the hope that, one day, it might be possible to use it to help save endangered species, or even reintroduce extinct ones.

“A central tenet of the Frozen Zoo®, when it was established by Dr. Kurt Benirschke, was that it would be used for purposes not possible at the time.” explains Oliver Ryder, Ph.D., director of genetics at San Diego Zoo Global.

By the end of the 1960s, the Przewalski horse, considered to be the last truly wild horse, was extinct in the wild. Some individuals survived in zoos, and an intensive breeding program managed to revive the species, allowing horses to be reintroduced to their natural habitat in the 1990s.

Although there are now over 700 animals roaming the Mongolian steppes, almost all are related to just 12 individuals. This loss of genetic diversity is a cause for concern; maintaining genetic variation is likely to be an important part of ensuring the species’ survival in the future. 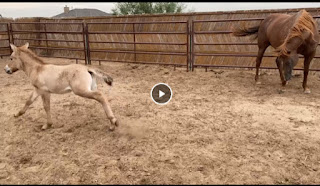 The new foal, named Kurt after Dr Benirschke, represents the first time this species has been cloned. He was cloned from a cell line stored in the Frozen Zoo since 1980. That stallion was born in 1975 in the UK, was transferred to the US in 1978 and lived until 1998.

More than just an individual horse, Kurt represents a major milestone for Przewalski’s horse conservation, and it is hoped that in due course he will increase the gene pool of the current population of Przewalski’s horses.

Once he is older, the foal will be moved to the San Diego Zoo Safari Park to be integrated into a breeding herd.

“This colt is expected to be one of the most genetically important individuals of his species,” said Bob Wiese Ph.D., chief life sciences officer at San Diego Zoo Global.  “We are hopeful that he will bring back genetic variation important for the future of the Przewalski’s horse population.”

As he matures and successfully breeds, he can provide a valuable infusion of genetic diversity for the Przewalski’s horse population.

“The work to save endangered species requires collaborative and dedicated  partners with aligned goals,” said Paul A. Baribault, president/CEO of San Diego Zoo  Global. “We share in this remarkable achievement because we applied our multidisciplinary approach, working with the best scientific minds and utilizing precious genetic material collected and stored in our wildlife DNA bio bank.”

The scientists suggest this could provide an important model for future conservation efforts.

Posted by Mark Andrews at 7:35 pm No comments: