Are horses stressed when first bitted?

Many working horses exhibit expressions of mouth discomfort such as opening the mouth, grinding their teeth or crossing the jaw when a bit is used. These behaviours could indicate pain, or poor training.

Most performance horses are ‘bitted’, so the process of introducing the bit forms a key part of the foundation training for many horses. Investigating how to optimise this introduction could lead to benefits in performance and, in some instances, improvements in welfare.

New research has found that introducing the bit to a young horse for the first time can be a stressful process for them, although the horse may not show visible stress-related behaviours.

A student dissertation project from Nicole Bradley at the Bishop Burton College in East Yorkshire, UK, led by Caroline Benoist, PhD, set out to assess the stress response of previously unbitted young horses to traditional bitting techniques.  Researcher Rebecca Brassington presented their findings at the 14th annual conference of the International Society for Equitation Science.

The noseband and reins were removed from the bridles, leaving the bit attached to the head piece via the cheek pieces. The bits used were a mixture of single- and double-jointed loose ring snaffles.

In all cases the handler stood facing forwards on the horses’ left side and presented the bit, then placed their thumb in the left corner of the horse’s mouth to cause the mouth to open so the bit could be introduced. All horses remained tied up using a headcollar and lead rope over the bridle for the first minute after bitting. They were then let loose in their stable for five minutes.

The research team used several methods to assess each horse’s stress levels. An infrared thermographic camera was used to measure the temperature of each horse’s left eye. (Increases in eye temperature can indicate stress.) Thermographic images were taken immediately before bitting to establish the horse’s baseline, and then at 0, 1 and 5 minutes post-bitting.

The horses’ behaviour was observed and assessed for the first minute after bitting and their stress responses were graded on a 1-5 scale. Behaviours were assessed ranging from 1 (very relaxed: jaw and lower lip relaxed, no bit or mouth movement, soft/slightly closed eyes) to 5 (very anxious: mouth open for extended periods, opening/closing repetitively, teeth grinding, eye whites visible).

Heart rate values were also recorded using a heart rate monitor before, during and after the bitting process.

The researchers report that heart rates showed a significant increase between the baseline and all other timepoints on Days 1, 2 and 3.

However, no significant change was recorded in either eye temperature or observed behaviour after bitting over the three days. Neither were any differences identified between the two different bits.

The increase in heart rate during bitting significantly decreased over the three days as did the increase immediately after bitting. The horses showed less heart rate fluctuation on day 3 compared to day 1. Rebecca Brassington commented: “Collectively this provides indication of some habituation to the introduction of the bit during this short process.”

The heart rate changes showed that the introduction of a bit elicited a physiological stress response. However, the horses showed little indication in their observed behaviour that this was the case.

“No significant differences were recorded in the behaviour grade scale applied to the horses during 1 minute post-bitting despite the increased heart rate,” Brassington added, “indicating a variety of behaviours may be expressed with some individuals masking a stress response.

The researchers conclude that introducing the bit to a young horse can be stressfu, but they warn that relying just on the visible behaviour of the horse during the procedure may not give a true representation of the stress they are actually experiencing.

Horses do appear to become accustomed to the process when it is performed regularly, however the length of time needed for them to completely accept the bit is not yet known.


The results of the 2018 National Equine Health Survey (NEHS) have been published. This is the eighth and final annual survey, which provides a clear sense of what continues to affect the health of British horses, helping equine specialists to identify current and predicted equine health priorities. The results are consistent with those from previous years.

Gemma Taylor, Education Officer at Blue Cross said: “Thanks to the loyal support of the UK’s horse, pony, mule and donkey owners and keepers, NEHS has achieved more than we ever imagined over the past eight years.” 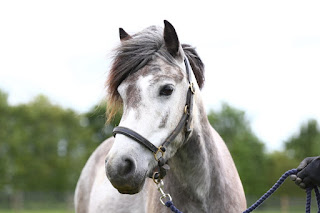 As a snapshot survey at community level NEHS has looked at the prevalence of the same disease syndromes during the same week of May every year. It has relied on the participation of thousands of UK horse owners and keepers and is the first time anyone has obtained data about what really affects the UK’s horses from a community perspective.

The information generated by NEHS has helped pinpoint trends in endemic equine diseases. The results are regularly referenced by vets and researchers as benchmarks for our general knowledge of horse health. The emerging patterns are now helping to steer equine awareness, education and research to help keep the nation’s horses healthier.

The results enable an initial breakdown into general disease syndromes and then a further breakdown into individual diseases. In each case the 2018 results for both were similar to previous years:

No  health problems were reported for  62% of horses; one or more problems were reported in 38%.  Skin disease (including wounds and external parasites) was the most frequent general disease syndrome. It accounted for one third of all problems reported, nearly half of which were attributed to sweet itch and mud fever. Lameness, including laminitis, accounted for 29% of all problems reported. Other than skin diseases, the most frequently reported general syndromes were metabolic diseases (7.4%), respiratory disease (7.1%), gastrointestinal conditions (6.6%) and eye problems (6.25%).

Full details are available from the Blue Cross. See:

Posted by Mark Andrews at 11:35 pm No comments: