The origins and development of modern horses 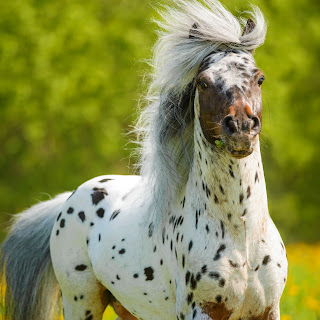 Horses were domesticated long after dogs, cattle and pigs. However, once humans started riding and milking horses, and once they controlled their reproduction, the whole face of history would no longer be the same. In particular, the horse transformed the way we made war, the way we travelled the world and the way we transported goods.

An international team of 121 scientists led by Prof Ludovic Orlando and in collaboration with Barbara Wallner from the Institute of Animal Breeding and Genetics at Vetmeduni Vienna have been reconstructing the complex history of domestic horses. They have not only tracked changes in the horse genome from the very early stages of domestication but also followed the legacy of important equestrian civilizations until the revolution of modern agronomy.

The work brought together a multidisciplinary research team, involving archaeologists, geneticists, and evolutionary biologists across 85 institutions around the world.

By studying genome-wide data from 278 ancient equids spanning the last 42,000 years, the research team gained insights into how ancient equestrian civilizations managed, exchanged, and bred horses. Their studies revealed a vast loss of genetic diversity as well as showing the existence of two extinct lineages of horses that failed to contribute to modern domestic animals.

Antoine Fages, leading author of the study, which is published in the journal Cell, undertook most of the molecular work. He says: “With the new dataset generated, horses become the animal species with the largest number of ancient genomes characterized after humans. This extensive dataset provides unprecedented information on how the animal looked like in the past but also on how herders exchanged, mixed and selected their horses in the course of human history.”

The scientists discovered that a previously unknown lineage of horses was present in Iberia until at least 4,000 years ago. This lineage no longer exists and contributed only marginally to the genome of modern horses around the world. The same is true for another lineage of horses that roamed the vast territory of Siberia in the Upper Paleolithic and until the third millennium BCE, from the northern end of Yakutia to the Altai mountains range. The work, thus, demonstrates that even though only two main lineages of horses exist today – the domestic horse and the Przewalski’s horse, the available diversity of lineages was considerably larger by the time humans first domesticated the animal.

Pablo Librado, who coordinated the bio-informatic analyses, states: “Iberia has a long-standing tradition of horse breeding and a cave art record featuring many horses. It was, thus, proposed as one possible domestication centre for horses. Our new genome information reveals for the first time that a yet undescribed horse lineage was roaming in the peninsula some four to five thousand years ago. They however disappeared and are not the ancestors of the modern horses in Iberia and more generally around the world.”

Previous work from the Orlando team demonstrated that Przewalski’s horses represent the descent of a lineage that was first domesticated in Central Asia during the Copper Age, some 5,500 years ago. Modern domestic horses, however, were found to descend from another genetic lineage that spread across Eurasia during the early Bronze Age, by the end of the third millennium BCE. The new genetic data generated now help track how this new lineage has developed since then and diversified into the hundreds of modern breeds that we know today.

The research reveals that the 7th-9th century AD was marked by a major transition in Europe. So much so that the only horse breeds genetically close to the horses populating the main continent during the Iron Age and Gallo-Roman times can only be found now in some British Isles and in Iceland. These were probably brought to these islands by the Norse people.

In mainland Europe, however, another horse group tracing its origins in the Persian Sassanids became so popular that it provided the source of most modern breeds found across the planet. This influence was not limited to Europe but also extended to Central Asia.

In order to identify the factors that underlie the increasing success of this type of horse, the researchers scanned the genomes of Byzantine horses, which descended from this new type. They found signatures of positive selection in no fewer than 11 genes involved in the development of the body plan This suggests that the morpho-anatomical traits first acquired in Persian Sassanid horses became increasingly appreciated and spread out following the Persian wars and the Muslim expansion.

In addition to detecting changes in the horse morpho-anatomy, the researchers could leverage their extensive genome time-series to track the frequency of specific gene variants underpinning key equine traits, such as coat coloration, speed and gait. The authors reveal that several gene variants associated with racing performance increased in frequency during the last 1,500 years. The first occurrence of the DMRT3 ambling gene variant was found in a specimen that lived in the late Middle Ages, and increased in frequency in the past centuries. This suggests that locomotor changes in speed and gait types were selected mostly during the last millennium.

But the most dramatic change the researchers identified was not in the far distant past, but in the modern era. Orlando adds: “Our most striking finding was that the overall horse genetic diversity was relatively steady for most of the last four millennia. However, it dropped significantly during the last few centuries, at a time coincident with the development of close studs and modern breeding techniques”.

This is perhaps the most important lesson of this work: the modern world we live in can hardly give an idea of the diversity of domestic resources that were available in the past, be it even a few centuries ago.

Equine atypical myopathy (“sycamore poisoning”) in Europe results from poisoning with hypoglycin A (HGA) following the ingestion of the winged fruit (“samaras”) of sycamore and similar trees.

Cases were originally identified in the autumn months, but horses are also at risk if grazing contaminated pastures in the spring. It is now recognised that seedlings can be a source of the toxin.
An interim report* from the International Collating Centre shows that the University of Liège recorded 73 cases of Atypical Myopathy in Belgium, France, Czech Republic, Netherlands and the UK during the month of April 2019.

A pilot study1 by Dominique Votion and colleagues sought to understand better the sources of HGA intoxication in the spring. 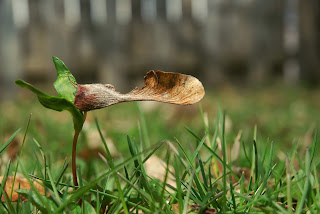 The research team collected fallen samaras and seedlings at two-week intervals during the spring of 2016 from sycamore, Norway maple and field maple trees. After a particularly wet night they collected rainwater from the seedlings. Then in mid-May they collected samaras directly from box elder, and common ash trees, and they collected clusters of flowers (inflorescences) from sycamore maples.

They found hypoglycin A in all the sycamore samples (including the rainwater), but none in samples from the Norway maple or the field maples.

From the maximum HGA concentrations present in the samples, the researchers calculated that under some conditions, about 20 g of samaras, 50 seedlings, 150 g of inflorescences or 2 litres of water that had been in contact with seedlings would contain the maximum tolerated daily dose for a horse.

Mowing the seedlings is not necessarily the answer. Research2 carried out in the United Kingdom by Sonia González-Medina and colleagues found that the toxin remains in sycamore seedlings despite mowing, herbicidal spraying or storage in hay and silage.

They recommend that pastures contaminated with sycamore material should not be used to produce hay or silage as both seedlings and seeds present in the bales still pose a risk of intoxication. They advise that mowing followed by collection of sycamore seedlings seems the current best option to avoid HGA toxicity in horses grazing contaminated pasture.

If you are interested in what is going in in the world of equine diseases, the latest Defra/AHT/BEVA equine quarterly disease surveillance report is now available.

Highlights in the current edition include:

The quarterly report can be downloaded free from the following address https://www.aht.org.uk/disease-surveillance/defra-aht-beva-reports.

Or you can register to receive a copy by email at:
https://www.aht.org.uk/disease-surveillance/defra-aht-beva-sign-up-form
Posted by Mark Andrews at 3:01 pm No comments: