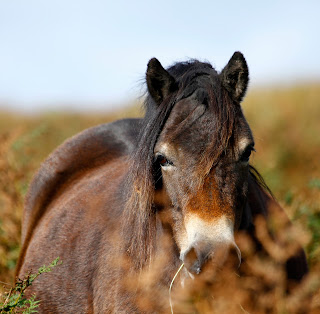 Diet and management changes to thwart obesity are the best weapons in the battle to prevent laminitis according to veterinary experts at the 2019 British Equine Veterinary Association congress.

David Rendle, Equine Internal Medicine Specialist at Rainbow Equine Hospital explained that around 90% of laminitis cases have endocrinopathic laminitis, “which is the same as pasture associated laminitis.” This involves either equine metabolic syndrome (EMS) or pituitary pars intermedia dysfunction (PPID – Cushing’s disease). Although greater understanding of EMS and PPID has helped in preventing laminitis, there is still much that remains unknown.

Rendle pointed out that insulin dysregulation is often disregarded in the assessment of laminitis when PPID is suspected. He warned that if appropriate management changes are not implemented, the risk of laminitis may persist.

On the management of endocrinopathic laminitis he concluded that “central is clearly diet and management change, not pharmaceuticals.”

Andrew van Eps, from the University of Pennsylvania, reiterated that the key to prevention of endocrinopathic laminitis is early identification of horses at risk. “Management to reduce the laminitis risk in these cases can then include a combination of dietary control, pasture access management, weight loss and exercise which can dramatically reduce the risk of laminitis development or progression,” he said.

Nicky Jarvis, of Redwings Horse Sanctuary, explained the grave negative impact obesity has on horse health. “The horse isn’t just a little bit chunky it actually has ‘ill health’ because of that amount of fat,” she said.

She went on to explain that if a horse has a body condition score of 5 out of 5, about 40% of its bodyweight is fat, equating to 240kg of fat for a 600kg horse.

She explained her approach to weight loss, which aims at dropping 0.5 to 1% of the horse’s current bodyweight per week by feeding a daily ration (dry matter) equivalent to 1.5% of bodyweight. Appreciating that weight loss on the field can be difficult as intake can’t be quantified, she outlined practical management tactics such as strip grazing, grazing muzzles, track systems, shared grazing with sheep or pre-grazing with horses who are in healthy condition.

She emphasised the advantages of forage analysis to ensure hay is of a low water-soluble carbohydrate content (10 - 12%) and the benefits of soaking it.

For animals resistant to weight loss, despite a controlled diet, Jarvis
suggested the careful introduction of good quality barley straw as a partial forage alternative for horses with good teeth, at up to 40% of the ration.

She advised that, rather than resorting to crash diets, either in the summer, or once the horse has developed laminitis, it is better for the owners to appreciate that it is natural for horses to lose weight over winter. “And, if we can get them to keep those rugs off and persuade them not to go to their local shop and buy supplementary feeds and grains just because they feel cold, we wouldn’t have so many problems during the summer months.”
Posted by Mark Andrews at 11:03 am

Just a reminder here that obesity per se is not the issue with laminitis - insulin is. There are many normal weight hyperinsulinemic laminitic horses. Some obese horses are hyperinsulinemic but not all. To really know the horse's risk, test insulin.