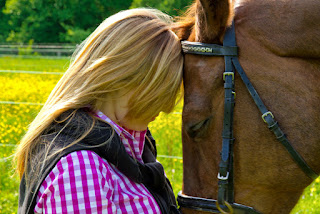 to make. In cases of catastrophic injury, the choice may be clear. But it is often not the case in more subtle or long-term problems. However, delaying euthanasia may result in prolonged suffering and has been identified as a key welfare concern.

The attitude of British horse owners towards end-of-life decisions for their horses has been investigated by Catherine Bell and Suzanne Rogers of the Equine Behaviour and Training Association.

They used a survey incorporating 30 welfare scenario statements, which was circulated via social media groups. One hundred and sixty owners responded to the survey. The work has been published in the journal Animals, in a special issue devoted to Horse-Human Interactions and their implications for equine welfare.

The authors report that, “In almost all cases, the reasons given for euthanasia were predominantly for physical issues … Most gave very specific answers, with colic (19%) and various types of arthritis and lameness (19%) being the most common primary reasons for euthanasia.”

Less specific reasons, such as “pain”, “old age” and/or “quality of life” accounted for 15% of responses.

The authors suggest that “it would seem that participants were wanting to select euthanasia for a single physical catastrophic and possibly unresolvable event, rather than a more nuanced decline in welfare towards end-of-life.”

They conclude that “physical issues, including even mild lameness, are more likely to factor in an end-of-life decision than issues relating to mental health, and horse owners are less likely to account for subtle welfare issues, potentially leading to the delay of euthanasia and prolonged suffering.”

Attitudes of the Equestrian Public towards Equine End-of-Life Decisions