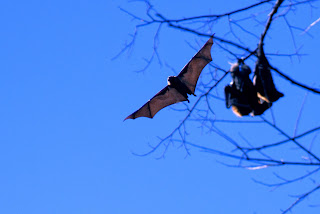 Scientists at CSIRO, Australia’s national science agency, have identified a new type of Hendra virus inflying foxes. The findings have been published in Virology Journal.

Hendra virus (HeV) causes lethal disease outbreaks in horses and humans. Flying foxes (fruit bats) provide a wildlife reservoir for the virus. Hendra virus can be transmitted from flying foxes to horses, and from horses to people.

Previous studies have found the virus in flying foxes in Queensland and parts of New South Wales. They suggested that the black and the spectacled flying foxes were the primary carriers of Hendra virus.

The new genetic type was first detected in a flying fox sample from 2013, but with technology available at the time the researchers could not fully analyse its genome sequence to confirm its identity and understand its significance.

By piecing together the new virus’ genome from several flying fox samples since then using the latest technology, they discovered it was indeed a new type of Hendra virus. Ninety-eight flying foxes tested negative to the original Hendra virus, but 11 were found to carry genetic material indicative of HeV-g2.

The findings show that all areas in Australia where flying-foxes live in contact with horses are at risk of Hendra virus spilling over into the equine (and human) populations.

CSIRO scientist Dr Kim Halpin said spillover of the disease from flying foxes to horses has still only been reported in Queensland and New South Wales.

“However, because Hendra Virus Genotype 2 is so genetically similar to the original Hendra virus, there is a potential risk to horses wherever flying foxes are found in Australia,” Dr Halpin said.

“It’s important to note that Hendra has never been reported to spread directly from flying foxes to humans – it’s always been transmitted from infected horses to humans. We expect this new genetic type would behave the same way.”

"And given the similarities, while more research is needed, we expect the existing Hendra virus vaccine for horses should work against this new type too” she added. “This finding really underscores the importance of research into flying foxes – it's crucial to helping us understand and protect Australians against the viruses they can carry.”