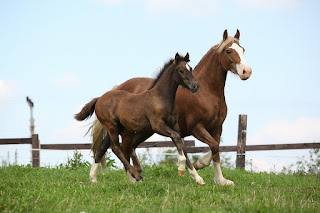 We are heading for anthelmintic resistance disaster unless we radically change our ways according to a group of scientists and clinicians. In a letter to the Veterinary Record, David Rendle and others of the British Equine Veterinary Association (BEVA) anthelmintic working group report the findings of a small-scale survey into the use of faecal worm egg counts (FWECs) and anthelmintic sales.

The seriousness of the problem is highlighted by the fact that resistance to all currently available classes of anthelmintics has been reported in both the cyathostomins (small redworm) and ascarids (large roundworm). Furthermore, there is currently no prospect of new drugs in the pipeline.

Although it is encouraging that the number of FWEC tests performed has increased, the authors express concern at the low number of tests relative to the number of doses sold, and the increase in anthelmintic sales between 2016 and 2018.

They point out that if current guidelines were followed, and anthelmintic treatment only carried out when shown to be necessary by a FWEC, then there should be at least twice as many FWECs than anthelmintic doses. But the data showed that only one FWEC was carried out for every 11 doses sold.

They were also concerned that sales of the macrocyclic lactone moxidectin remained high throughout the four years. This was despite “despite universal consensus by experts that it should not be used as a routine treatment.”

They conclude: “If a crisis in equine welfare is to be averted, then a paradigm shift in attitudes to anthelmintic use and a radical change in the availability of anthelmintics will be required.”

D Rendle and others.