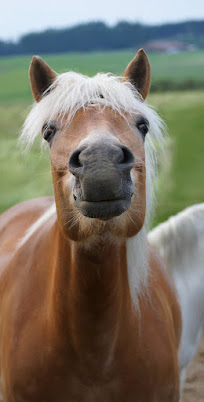 Strangles is one of the most commonly diagnosed infectious diseases of horses. Infection results in significant health and welfare consequences and economic costs. Most affected horses recover, however about 10% remain as carriers, free of clinical signs but capable of spreading the disease.

In the largest ever study of its kind into an equine pathogen, scientists in 18 countries used the latest DNA sequencing techniques to track the bacteria Streptococcus equi as it caused the disease strangles in horses around the world.

They analysed data on 670 Streptococcus equi isolates that had been recovered from 19 different countries.

“Using standard diagnostic testing, the Streptococcus equi strains look almost identical, however by carefully examining the DNA of the bacteria, we have been able to track different variants as they spread across the world” said Prof. Matthew Holden of the University of St Andrews. “Piecing the puzzle together, we showed that cases in Argentina, the United Kingdom and the United Arab Emirates were closely linked. Along with other examples, we provide evidence that the global trade and movement of horses is helping to spread the disease.”

“Building on top of the data generated, we provide an online surveillance platform for strangles enabling labs to upload and interpret their genomic and epidemiological data in close to real-time. Pathogenwatch will be used to monitor the emergence and spread of new lineages to help inform interventions and policy making decisions” said Prof David Aanensen of The Centre for Genomic Pathogen Surveillance, University of Oxford.

The work, is published in the journal Microbial Genomics.

The authors urge that the World Organisation for Animal Health (OIE) recognise the international importance of strangles. They suggest that identifying horses that are infected with S equi before or immediately after transportation would yield significant benefits

“This has been an incredible team effort, which was only possible through the collaboration of leading researchers from twenty-nine different scientific institutes in eighteen countries” said Dr. Andrew Waller of Intervacc AB. “Horses are transported all over the world as they move to new premises or attend competitions and events. New cases of strangles can be prevented by treating carriers before they pass on the bacteria. This new research in the field of strangles and the new online Pathogenwatch resource provide an opportunity to track the course of infections, reigning-in Streptococcus equi’s globetrotting lifestyle by shutting the stable door before this horse pathogen has bolted!”