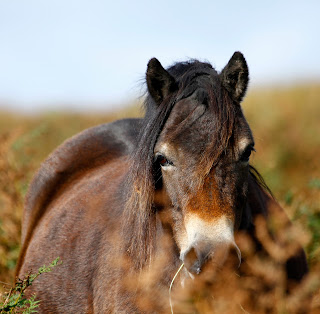 The relationship between iron and insulin sensitivity has long been recognized and studied in humans and other animals, but largely ignored in the equine population. With the knowledge that elevated circulating insulin is the direct and most common cause of laminitis associated with equine metabolic disorders, the association between equine insulin and iron dysregulation needs further investigation.
Drs. Eleanor Kellon and Kathleen Gustafson of the Equine Cushing’s and Insulin Resistance Group (ECIR) performed a retrospective analysis of lab results maintained in the group’s database and data from the only controlled feeding study in horses. The latter study was specifically designed to substitute horses as a model for captive black rhinos, a cousin of the horse, because the researchers recognized the relationship between metabolic disease and iron overload in rhinos (Nielsen et al., 2012).
All animals from the ECIR database had abnormally elevated insulin. Ferritin, a measure of body iron stores, exceeded the published reference range in all animals and there was a tendency for ferritin to increase with age. Likewise, data from the previously published report showed that ferritin was significantly elevated in the group with confirmed hyperinsulinemia when compared to the group with a normal insulin response.
Kellon and Gustafson suggest that these results indicate possible similar interactions between hyperinsulinemia and body iron burden in the horse and that iron may be a modifiable risk factor for hyperinsulinemia. They emphasize that iron is unlikely to be a primary causal factor but that the interaction is worth scientific investigation in controlled studies.
“Studies investigating the bidirectional relationship between iron and hyperinsulinemia in horses are extraordinarily limited, despite considerable scientific inquiry in other species. Our goal is to increase awareness of the potential for iron overload in horses with hyperinsulinemia and stimulate further study.”
For more details. See:
Possible Dysmetabolic Hyperferritinemia in Hyperinsulinemic Horses
Eleanor M. Kellon and Kathleen M. Gustafson
Open Veterinary Journal, (2019), Vol. 9(4): 287–293
https://www.openveterinaryjournal.com/OVJ-2019-04-078%20E.M.%20Kellon%20and%20K.M.%20Gustafson.pdf
Nielsen, B.D., Vick, M.M. and Dennis, P.M. 2012. A Potential Link between Insulin Resistance and Iron Overload Disorder in Browsing Rhinoceroses Investigated through the Use of an Equine Model. J. Zoo Wildl. Med. 43, S61–S65.

This is an interesting summary. Is it possible to reduce iron overload? It's not something I've ever heard of in over 60 years of involvement with horses, including owning a horse diagnosed with Cushings and EMS.